Himalayan pink salt is well-known worldwide, because of its uses and benefits. It is used not only in food to impart a richer salty flavor but also used in medical and beauty treatments.

Pink Himalayan salt is also known as rock/mine salt and its origin is basically Pakistan. It is also used as table salt, light pink in color and crystal clear in appearance. Himalayan pink salt has its great mine’s in Pakistan. Not only it is used in a variety of dishes to give a salty flavor but also used in a variety of additives, preservatives, and medical and spa treatments. Himalayan pink salt has no side effects until you cross its daily recommendation, which is 2300 mg/ day according to American dietary guidelines. People with asthma, high blood pressure, edema, fluid retention, and heartburn should limit their Himalayan salt intake, unlike common salt, as more consumption of sodium can aggravate their situation. Himalayan pink salt has traces of iodine and not enriched with iodine as iodized salt those people who are at risk of iodine deficiency should consume iodine richer salt. NY Spice Shop is offering an original Himalayan Pink Salt, which is imported all the way from its origin country “Pakistan”. The Himalayan salt aids in digestion, balance the body’s PH levels, improves respiratory problems and gives you a restful sleep due to its high mineral content. You can look at our Black Salt , Sea Salt and Rock Salt on our website.

It is the safest choice and can be used for both clinical and therapeutic use. Pink Himalayan salt nutrition contains approximately 95% sodium chloride and rests it contains potassium, magnesium, and calcium which gives a hue pink shade to the salt. For the body nourishment and feeling refreshed people take a salt bath as it penetrates the skin and brings out toxins. Last but not least many people around the world used Himalayan pink salt lamps for relaxing therapies.

IMPORTANT: These claims have not been evaluated by the Food and Drug Administration.. This information is not intended to diagnose, treat, cure, or prevent any disease, and it should not be used by anyone who is pregnant or under the care of a medical practitioner. In any matters related to your health, please contact a licensed and qualified healthcare practitioner. 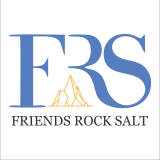 himalayan salt have more benefits and uses not only in cooking. your article is informative and useful thanks for sharing with us. himalayan salt wholesale